Tuck in a quiet corner along Pasir Panjang Road, at the junction of Jalan Pelepah, this traditional cantonese restaurant is patronised by Japanese diners. The indoor dining space is quite limited. So, best to make reservation to avoid disaapointment. 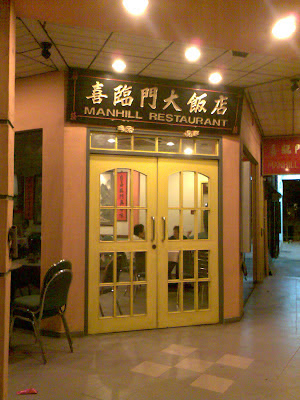 The restaurant is famous for its claypot dishes. If I recall correctly, each dining table has at least 1 claypot dish. 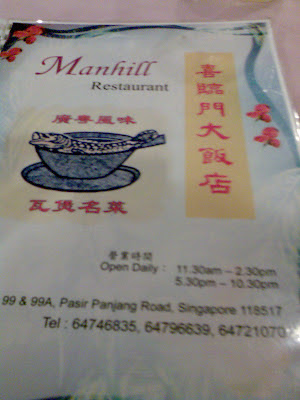 Besides the list of food served, the menu is also filled with photos and articles, which tells the history of this restaurant. For some reason, the restaurant was previously known as Hillman Restaurant instead of its current name - Manhill. I wonder why. 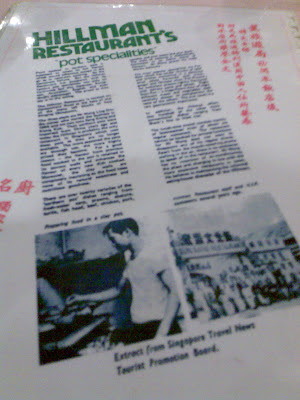 We ordered the claypot noodle. It was VERY good, from the soup base to the noodle. I could have finished up the entire pot! 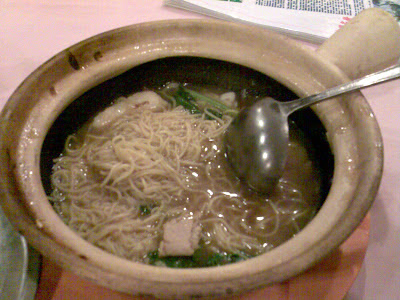 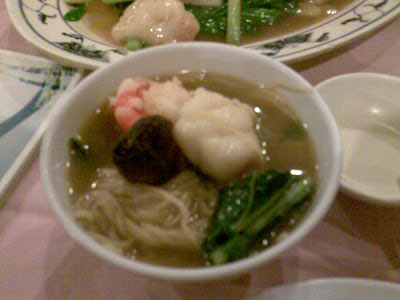 Throughout dinner, I was curious where the sound of chinese musical instrument came from. Then, it just dawn upon me that it probably came from some cantonese opera singing. We confirmed with the 'crew' and I was right.

I asked if we would go up to take a peek. They were obliging and even refill our tea glasses before we went upstairs. 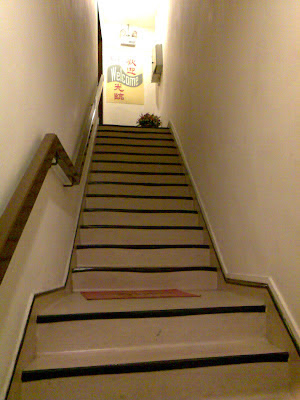 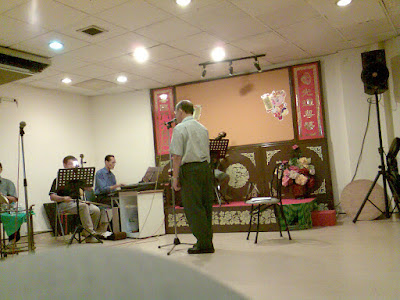 And there I was, listening to singing which I din understand... Even though, it was a good and unique experience.

been there, eaten there by JosLovesFood

All comments are welcomed

Featured on The Korea Blog